Being in a world-class city is not without its perks and the culture, history, and entertainment is plentiful throughout Chicago. While some may feel that the hours spent in the hospital leave little time to enjoy you should make an effort to experience all that Chicago has to offer year-round.

Chicago is a great city and there are many great neighborhoods. Each village has its own character and activities; you can choose which you would like to explore.

The city of Chicago has been a major sports hub for more than a century and a discussion of life in Chicago cannot go without mention of its fans and rivalries.

The Blackhawks won the Stanley Championship in 2013, and while it has been nearly a decade since the Bulls have won the championship, they are a perennial playoff team with high expectations year in and out.

Baseball has often been thought of as Chicago’s sport, which is no surprise when opening day in April rolls around. An intense rivalry between the Northside Cubs and the Southside White Sox has spilled over into everyday life with relationships often divided over these territorial boundaries.

Fall in Chicago belongs to football and there is no weather that can keep fans from attending Bears games in the open air stadium of Soldier Field. For many Chicago residents the look of either despair or elation on Monday morning is determined by the outcome of the previous day’s game.

The food scene has exploded in Chicago over the past decade with restaurants around town ready to satisfy every craving. Areas of the city like the West Loop, River North and Lincoln Park have new restaurants openings nearly every month. Chicago offers world-class meals at Alinea, Spiaggia, Grace, or for those with a large budget or a special occasion, while restaurants like Girl and the Goat, Publican, The Gage, Dusek’s, and Balena offer a nice night out that doesn’t require a separate savings account.

Cultural specialties can be found throughout the city. Taylor Street is famous for Italian food, Chinatown with some of the best dumplings around, pierogies from one of the many Polish restaurants on the northwest side, and authentic Indian cuisine anywhere on Devon Avenue.

A city ripe with arts, theater, and dance; the first stop that should not be missed is the Chicago Cultural Center, located in the heart of downtown, the beauty of the architecture and design makes this a hidden gem that is right under your nose. Speaking of architecture, the Architectural Boat tours are an experience that every Chicagoan should have.

Volunteers from the Chicago Architectural Society offer amazing stories and details about the various buildings surrounding you while traveling down the Chicago River. The city also offers a variety of famous museums including the Chicago Institute of Art, natural history at the Field Museum, the Museum of Contemporary Art, and the Museum of Science and Technology. World-class exhibitions abound at the Shedd Aquarium and Adler Planetarium.

Both dramatic theater and comedy have become highlights of Chicago living. You can see pre-Broadway productions downtown or see some of your favorite celebrities acting onstage at the Goodman or Steppenwolf theaters. The Auditorium Theater’s various productions of ballet and contemporary dance are interspersed with music and theater performances throughout the year. 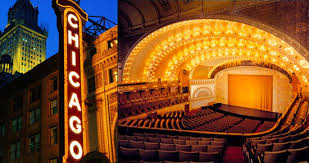 The presence of comedy is a staple in Chicago and nowhere is that more evident than on the stage at Second City in Old Town. Ongoing sketch comedy revues highlight the comedic talent of roster and entertain audiences year around. The iO theater is another long-standing Chicago comedy tradition touted as the best improve in the city. Not to be outdone, stand-up comedy is alive and well at any number of places including Zanies, UP comedy club, Laugh Factory, and the Lincoln Lodge shows at Subterranean lounge in Wicker Park.

For classical music enthusiasts, the Chicago Symphony Orchestra http://cso.org/ is one of the greatest symphonies in the world. Lyric Opera brings the best and brightest opera stars and productions here. Free concerts at Millennium Park in the summer are only a few of the attractions.

The home of the electric blues, Chicago features old blues traditions at places like Buddy Guy’s Legends, Halsted B.L.U.E.S., Rosa’s Lounge, and Kingston Mines. The Chicago Bluesfest brings acts from around the world to perform free shows in Grant Park annually toward the end of June.

Rivaling the popularity of the blues in Chicago is our Jazz music scene. The history of old Chicago, including the likes of Al Capone, can be found in Uptown at the Green Mill as well as top-notch jazz clubs such as the Jazz Showcase or Andy’s Jazz Club. The Chicago Jazz Festival occurs toward the end of summer every year and has been bringing both new and old superstars to the city.

Other tastes will also be satisfied with the various clubs around town with live music nearly every night at places such as the Lincoln Hall, Double Door, Empty Bottle, Schuba’s, House of Blues, and City Winery. Additionally, the summer brings neighborhood block parties with bands playing nearly every weekend. The free concerts in Millennium Park go well beyond the classical.

A discussion on Chicago music would not be complete without mentioning some of the music festivals that draw huge crowds to the city. Lollapalooza has been exclusively in Chicago for the past few years and music fans have come en masse. Other highlights include Pitchfork music festival bringing indie music and rock to Chicago, North music festival featuring electronic and hip hop stars, and Riot Fest bringing rowdy punk rock to the city.

Chicago nightlife affords a variety of options, from the chill lounge at Violet Hour pouring inventive cocktails to endlessly flowing beer taps at one of the breweries around town including Goose Island, Lagunitas, Local Option, Haymarket, and Revolution among others. If you are more performance minded focused you can be found on the karaoke stage at the Blue Frog or Trader Todd’s.

A welcome respite from the polar vortex, or what some have come to know as Chiberia, the summer brings out people in droves to the beaches and neighborhood block parties throughout the city. Shortly after the temperature climbs above 60° F the coats come off and the shorts go on. North Ave beach is known for large crowds of beachgoers looking for that golden tan or a pickup game of beach volleyball. Others use the lakeshore path as a means of fresh air and exercise for both runners and bicyclists. Neighborhood block parties occur in various areas of the city nearly every weekend with highlights including Taste of Chicago, Old Town Art Fair, Northalsted Market Days, Do Division Fest, Taste of Randolph, and more.